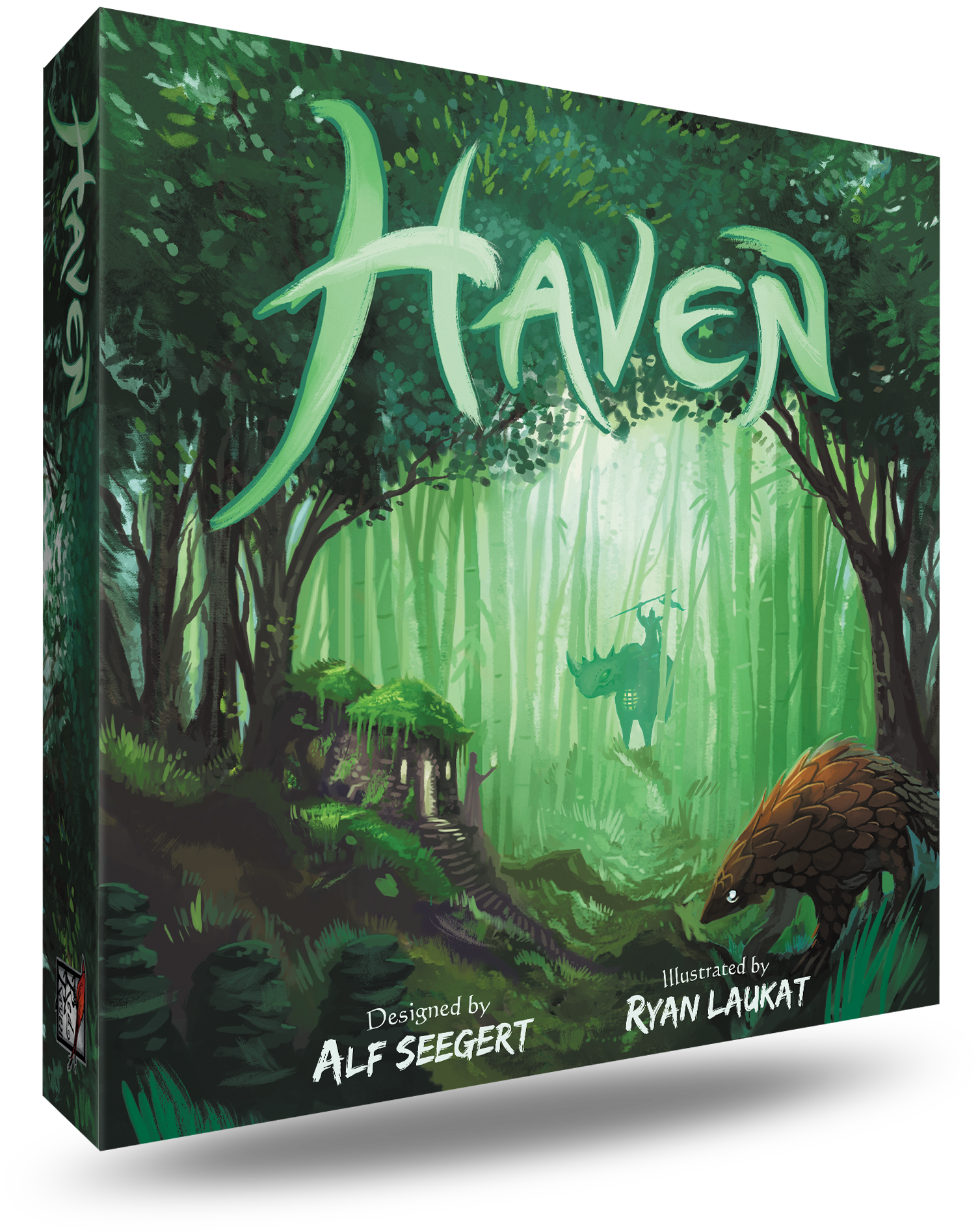 Defend ancient forest creatures from a growing city and reclaim a lost power before the humans do.

The city is growing.

The mystical forest has been home to many creatures for thousands of years.

But while the Haven Guardian sleeps, a human village has grown into a city. It hungers to control the forest. Can the forest bears, spirits, and forgotten gods find the power they need to defend themselves or will the city overwhelm the creatures and take the power for themselves?

The battle for Haven begins! 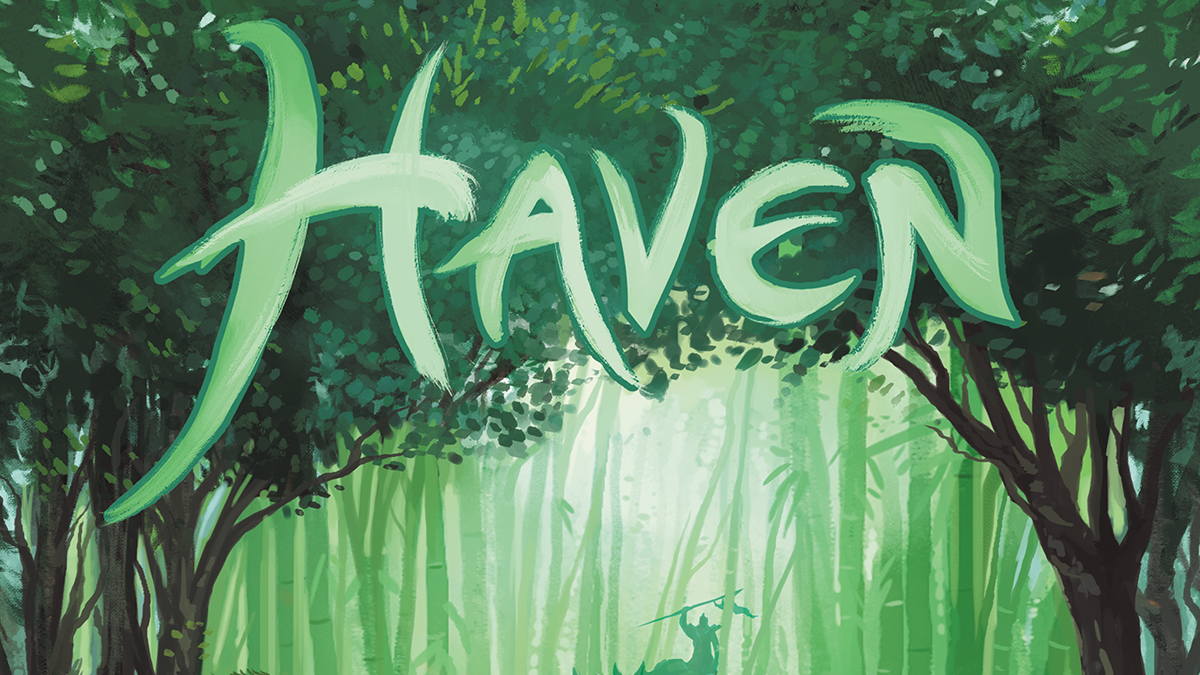 Battle for control of a mystical forest. The Haven Guardian, spirit of the forest, sleeps deeply and can no longer protect its kingdom.

One of you controls the city in an effort to master the vulnerable forest using “stone lore” and machines. The other plays as the forest and its creatures who defend their home with the aid of “leaf lore” and forest spirits.

To obtain the power needed to oppose your enemy, you must send seekers to compete for the lore controlled by elementals, ancient beings who bestow the lore on those who seek it.

Seekers also engage in combat for control of shrines on the board, scoring you bonus points if you occupy a majority of shrines surrounding forest havens. When one type of lore is depleted or one elemental has left the board, the Haven Guardian awakens and the player with the higher score masters the forest — or defends it from harm — and wins the game.

Who will control the forest? 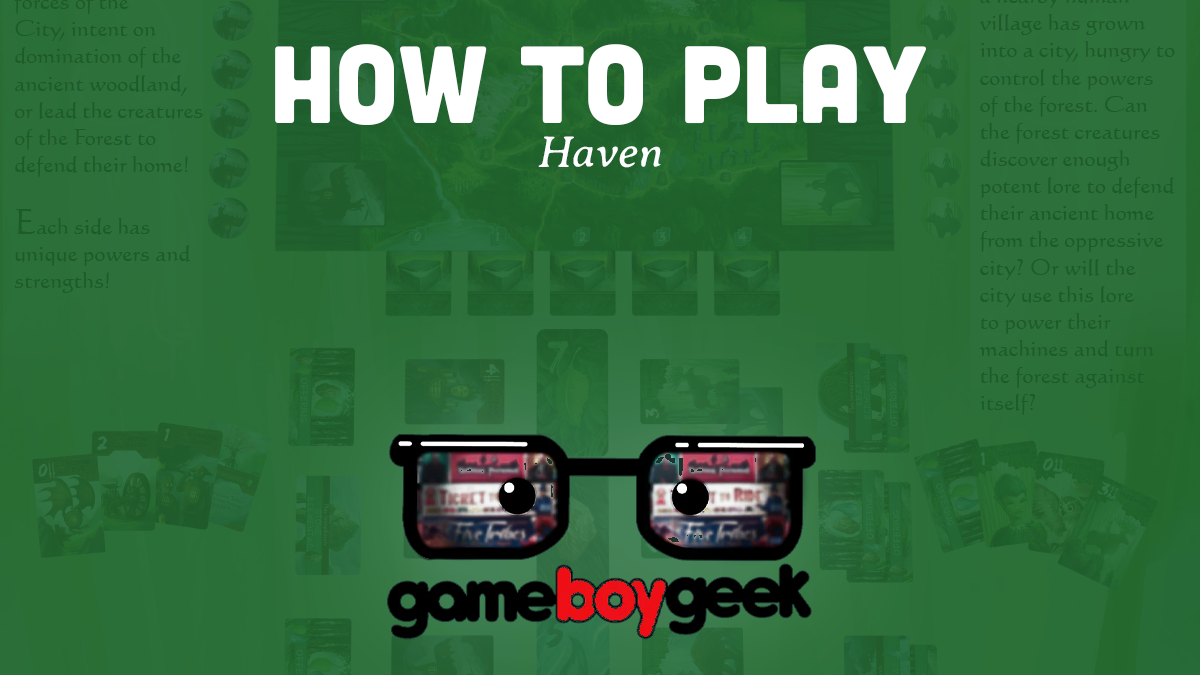